Subaru will launch a battery-electric compact crossover on the market in mid-2022, the automaker reconfirmd on Tuesday while announcing it will have all-wheel drive.

Called the Solterra, a combination of the Latin words for “sun” and “earth,” the new crossover is the electric vehicle that Subaru in 2019 said it was jointly developing with Toyota. Toyota’s twin to the Solterra was previewed at last month’s Auto Shanghai 2021 with the BZ4X concept.

The Solterra will rival Subaru’s Forester in size, and be able to seat five. Similarly, the Toyota BZ4X will rival the RAV4 in size.

Underpinning the two crossovers will be a modular EV platform. Subaru’s version of the platform has been branded the e-Subaru Global Platform, or eSGP for short. Toyota calls its version the e-TNGA. 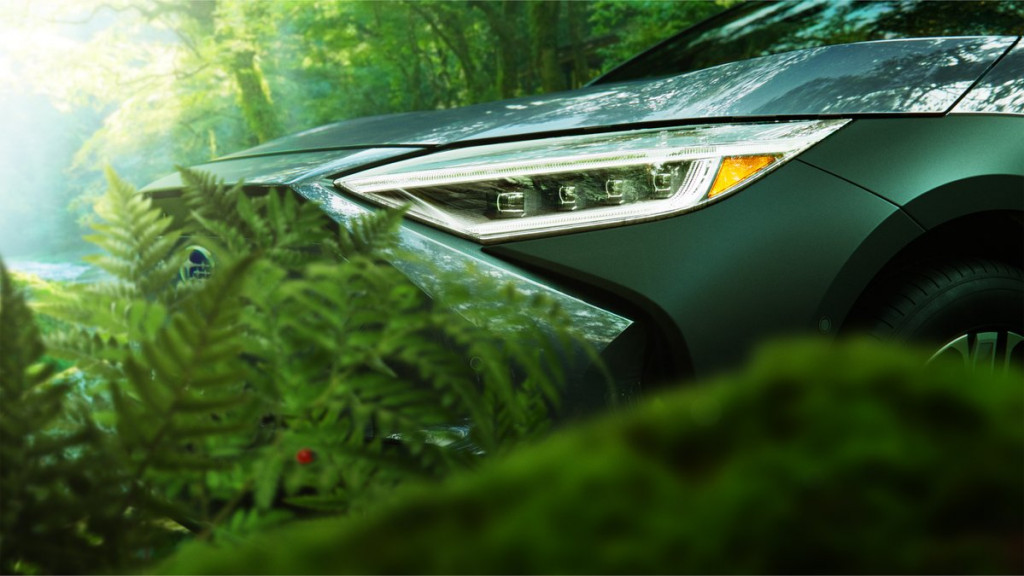 No specs have been revealed but rumors point to the platform supporting battery sizes ranging from 50 to 100 kilowatt-hours. Subatu’s confirmed the Solterra will have all-wheel drive and “plenty of ground clearance.”

The Solterra will go on sale in mid-2022, which is about the same time the Toyota BZ4X is due to arrive in showrooms.

Production of the vehicles is expected to be handled at plants in China and Japan.

Note, the Solterra won’t be Subaru’s first EV. That honor goes to the Subaru Stella electric minicar launched in Japan in 2009.