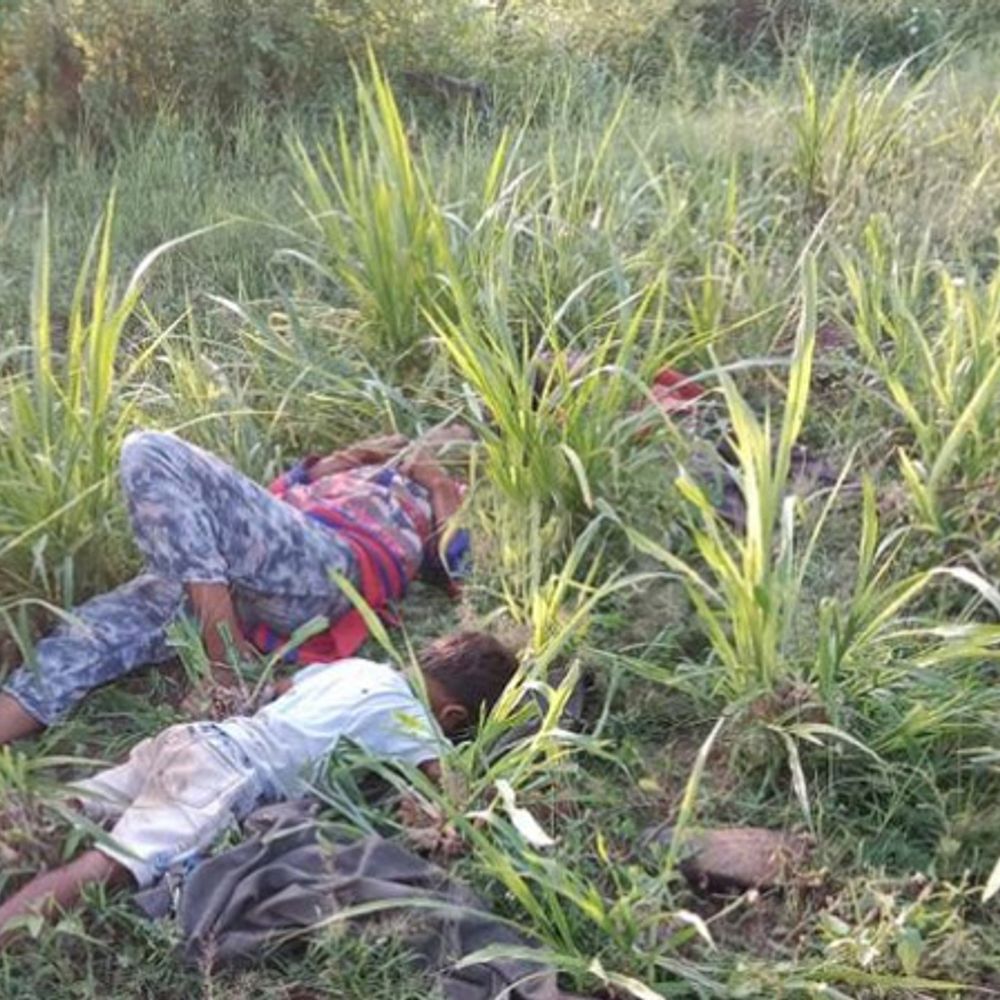 In Gujarat’s Gadhaman village of Palanpur taluka, two innocent sons, including their mother, died tragically due to electrocution. The cause of the accident was a ‘Jhatka’ machine installed in the field, which was installed to prevent wild animals from entering the field. Actually, the wires of the machine were open, which were not visible to the mothers and sons and they got caught in it.

Mother and son were returning from the farm
According to the information received, Bhaveshbhai’s wife Kokilaben and their two sons Jaimin (12) and Vedu (10), who live in Gathaman village, were returning home from the farm on Thursday evening. In the meantime, they built a farm house near Mata Mandir.
The blows on the pole outside came under the grip of the machine. The open wires of the machine were lying on the ground. Both the sons were walking behind the mother. During this, all three wires got caught in the current.

Some people working in the field caught sight of the three while they were searching. However, by then it was too late to switch off the machine. All three were taken to the hospital in critical condition, but all three died before treatment. The police has registered a case against the owner of the farm house, sending the body for postmortem.

A blow machine is installed in the fields to prevent wildlife
Makes every effort to prevent new creatures from coming to your farm. Earlier used to use blade-shaped wire. When the government stopped them, they started installing jerk machines in an even more dangerous way. this machine is very
proving dangerous. Due to this, an electric shock is given to the wildlife.

Due to this, if the wild animal goes to graze in the field, then it gets a big shock. Many times, due to the shock of earth and current in the machine, wild animals die. Farmers are adopting all kinds of tactics to save their agriculture. That’s why now he started using the blow machine. It is also cheaper than other fencing.

Robbery incident: Three people asked for a lift, then showed a gun, ran away from the businessman after robbing 20 lakh rupees and car

When the husband asked to wipe, then the wife reached the police station: told the police – I am an MBA, many people work under me in the office and should I wipe the house?

Dangerous: Thousands of aerial fires by Taliban claiming Panjshir victory, many including children lost their lives