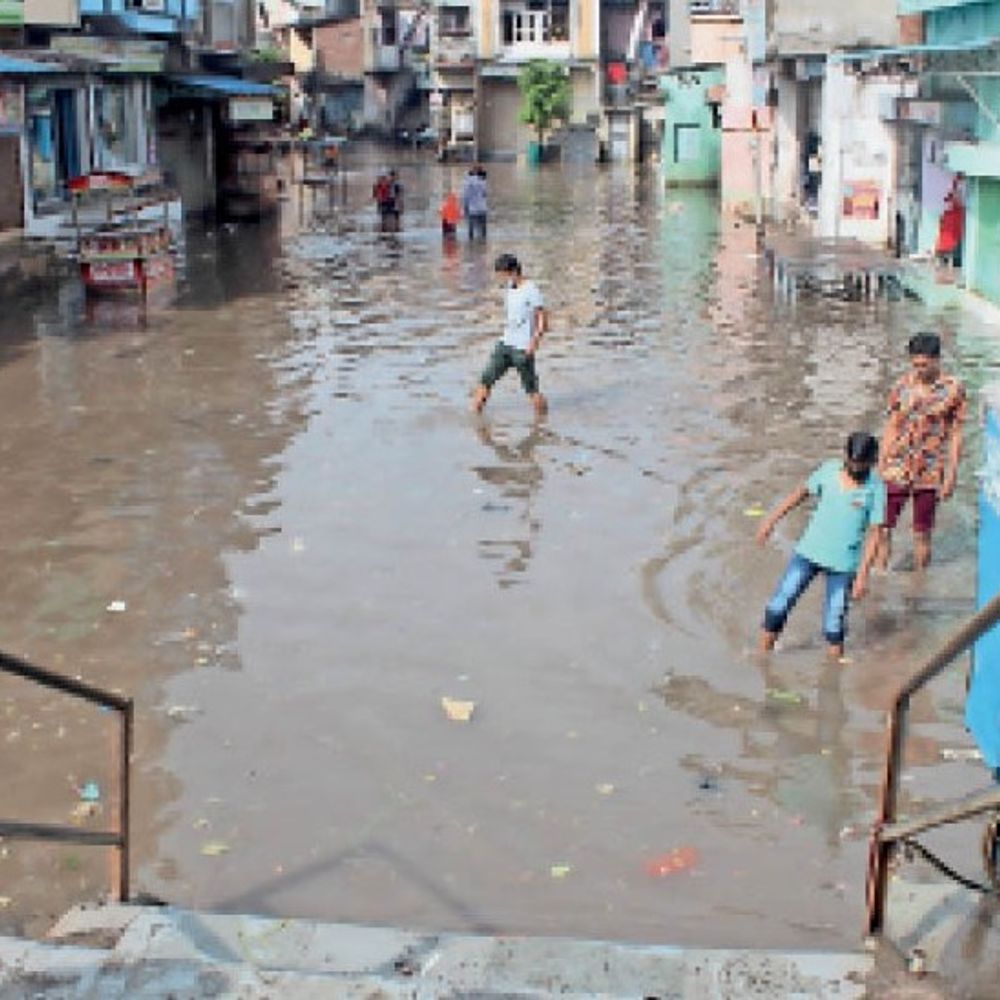 It started raining suddenly from 6 o’clock in the morning. Till 9 o’clock in 3 hours it rained three and a half inches of water. This caused water logging in many areas of the city. However, after three consecutive hours of rain, the clouds went away. After that it was sunny all day. With three and a half inches of rain, the city has received 1000 mm or 74 percent of the season’s rainfall so far. The city receives an average of 1411 mm of rain every year.

Apart from South Gujarat, 50 per cent of the average rainfall has fallen across the state. According to the Meteorological Department, the maximum temperature on Monday was 32.6 degrees Celsius and the minimum temperature was 25.5 degrees Celsius. Humidity was recorded at 71 per cent. Wind blowing from the northwest at a speed of 6 kmph.

16 inches away from average rain now
The amount of rain that the city has received so far this season is 16 inches less than the average rainfall. The city receives an average of 1411 mm of rain every year. This season it has rained 1000 mm. There is a possibility of heavy rain in the city for the next 2 to 3 days. If it rains well, the figure will increase rapidly.

Surat became a stronghold of fake TC: Coolie brother-in-law made fake TC, was doing illegal recovery in 3 trains for 8 days, caught 3 such TCs in two and a half years

The Israeli-Palestinian conflict: What’s happening and why are they fighting?