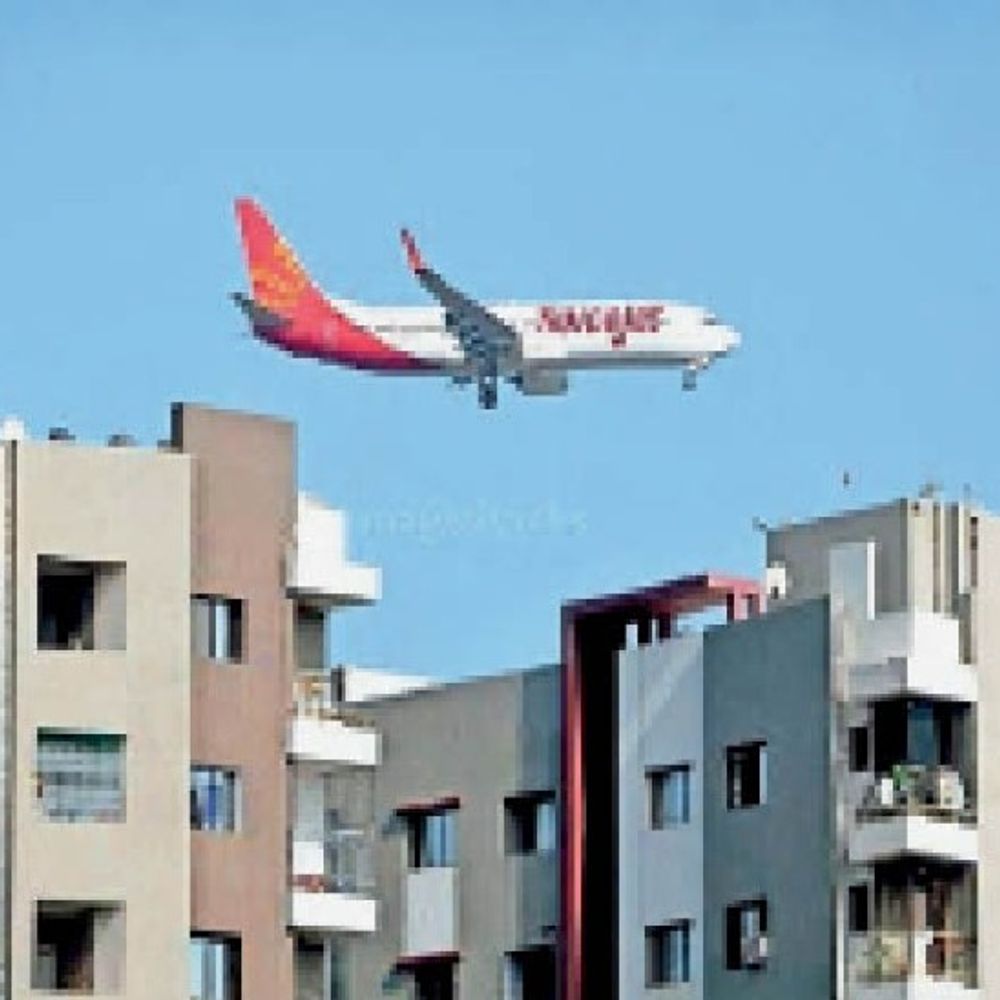 The flat-holders of the buildings are facing mental problems, which are hampering the smooth operation of the airplanes taking off from the airport. High court is strict about illegal construction of buildings and sometimes action can be taken to demolish illegal part of buildings. In such a situation, there has been a situation like a well in front, a ditch behind for hundreds of families residing in the buildings. The flat holders who had bought the house for lakhs and crores of rupees by spending their life’s deposits, they are no longer getting their buyers.

On the other hand, the Municipal Corporation has started the calculation of additional height in addition to water tanks in 108 affected buildings. Municipal Commissioner admitted that while giving NOC, latitude-longitude discrepancy was found at many places.

It is noteworthy that in this case, according to an affidavit filed in the High Court by the Airport Authority of India, wrong information was given by the builders regarding the construction of the structure in this building obstruction, which was issued by the PWD without checking the RL (Reduce Level) certificate. .

People afraid of falling flat price further
A flat holder of Shringar Residence said that ever since this matter has gone to the High Court, we are afraid that the rate of our house may be reduced to half the rate. Because right now the flat prices have come down by 10 to 15 percent. Buyers are also not being found. In such a situation, now we are not even in a position to sell because due to this dispute, when buyers are not available, then to whom should we sell the house. We had taken this flat at the rate of crores.

Earlier buyers used to come everyday, now no one
A flat owner of Star Galaxy Apartments said that when this issue was not deepened, every day buyers used to visit here for the flat and now not a single buyer is coming. Because now the rate has also come down by 10 to 15 percent. It is likely to decrease further. So we are not able to sell the flat. Even if we sell, we will be in huge loss, because all our deposits have been invested in this.

If you do not get a home loan, the future will be affected
A flat holder of Seven Heaven building said that banks have stopped giving loans. If we want to sell our flats and send our children out to study or even take a home loan for this, then it is not possible. In such a situation our future is also in danger. We are just in the hope that our side will also be heard. This dispute has also affected the flat rate.

what our fault, all are under heavy stress
A flat holder resident of Gokul Platinum told that after the order of the court, we are all in great depression that what was our mistake. After seeing the papers and approval from all the departments, took the flat. But now our building is on the verge of collapse, in such a situation, the matter of reducing the rate is also coming to the fore. They are not able to sell even flats due to lack of reasonable prices.

Refusal of loans from banks reduced the price more
Now the flat holders of the buildings which are becoming a hindrance in this matter have also started falling prey to depression. Also, in this dispute the price of the flat has come on the land. Now banks are not giving loans in these disputed buildings and no one wants to buy flats. Banks have put these buildings in doubt. Due to this dispute, the rate of flats has come down by 20 to 30 percent.

Bribery commissioner: Deputy State Vera commissioner, who was seeking bribe of one lakh in Surat, was detained by the ACB, four bribe-takers including the lawyer were also arrested