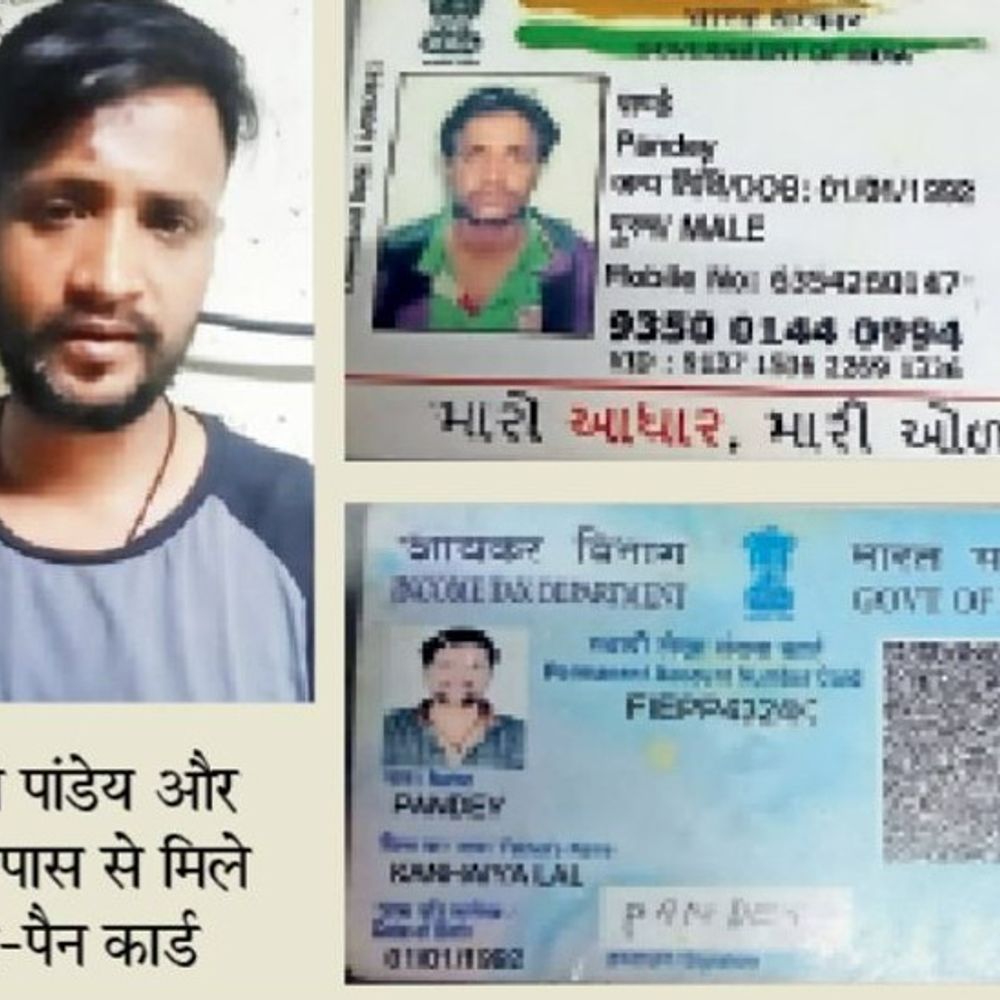 Brother-in-law became a fake TC at the behest of brother-in-law, who worked as a porter at Surat station. This fake TC was extorting illegal money from passengers in AC coaches of trains like Mumbai-Indore Avantika, Mumbai-Jaipur Superfast, Bandra-Ajmer and Paschim Express for the last eight days. On Monday, in the B-2 coach of the Bandra-Ajmer train, suddenly his luggage got exposed to the original TC. The accused Pandey Kanhaiyalal Kachhawa (28) is a resident of Bharthana village.

The Surat Railway Police arrested the accused by registering a case against him for illegally misleading the railways and extorting them from the passengers. His friend was also involved in his illegal act, who is absconding. Railway Police suspects that he has so far recovered more than Rs 5 lakh from 5000 passengers. Was checking passengers as TC, at the same time in that coach when the real TC squad arrived. He was arrested during interrogation.

When the ticket checking team boarded the Bandra-Ajmer train, the accused was found extorting money from the passengers.
Surat Railway Police said that in coach B-2 of train number 02995 Bandra-Ajmer, head constable Prahlad Singh of RPF’s top B team, TTE Vinay Kumar Kushwaha and ASI Jitendra Thakur of Vadodara GRP were checking. During this, a TC was already present in that coach. On interrogation, it came to know that he was making recovery by posing as fake TC. His name is Pandey Kanhaiyalal Kachhawa. He was caught red handed. He was asking passengers to show tickets in the AC coach of the train. Along with him, his friend Suresh Chandel also used to collect as fake TC. His search continues.

The accused said – brother-in-law in the railway, he asked to become a fake TC
When the accused Pandey Kachhawa was questioned, he told. His brother-in-law Vinod Chavda sits at the railway computer and gives the ticket. On his behest, he started working with his friend Suresh Chandel to check tickets in trains. He told that he was extorting from the last one week in AC coaches of trains like Mumbai-Indore Avantika, Mumbai-Jaipur Superfast, Bandra-Ajmer and Paschim Express. When the Railway Police investigated, it came to know that there is no employee named Vinod Chavda at the Surat Railway booking counter. When the investigation progressed further, it was found that Vinod Chavda is a porter in Surat Railway, who is a relative of the accused. Vinod is also absconding. His license is being processed.

In July this year also, he was caught doing illegal recovery in Avadh Express.
A fake TC was caught in Avadh Express on 19 July 2021 at Surat station. The RPF escorting team caught him on the information of the train attendant. He had told that a suspicious person in plain dress was checking the tickets of the passengers. The accused Aditya Shree had told that he had boarded the train from Surat without a ticket and started checking the tickets of the passengers so that no one was suspicious. Told. A case was registered against him.

TC was caught in illegal recovery
In June 2021, TC Mahendra Mohite, who collected the passengers of trains coming from outside, was caught red handed. He was the real TC, but was making illegal collections. He had collected Rs 8,000 at a time from the passengers of Howrah-Ahmedabad Express. He was caught by the Vigilance team. TC was suspended.

Was doing recovery for 8 years, was caught
In December 2019, a three-member pre squad TC team of Surat-Udhna Western Railway Mumbai Division caught a fake TC during a surprise inspection. The accused was making illegal recovery in the name of tickets from passengers for 8 years by making a fake ID of TC of Central Railway. This fake TC named Jitendra Ingle (29) had introduced himself as an employee of Central Railway TC Squad.

500 boats of Porbandar will not go to sea: Fishermen’s condition worsens due to rising diesel prices, 1 lakh more will be spent on a boat this year due to inflation

How to increase oxygen level at home while waiting for help