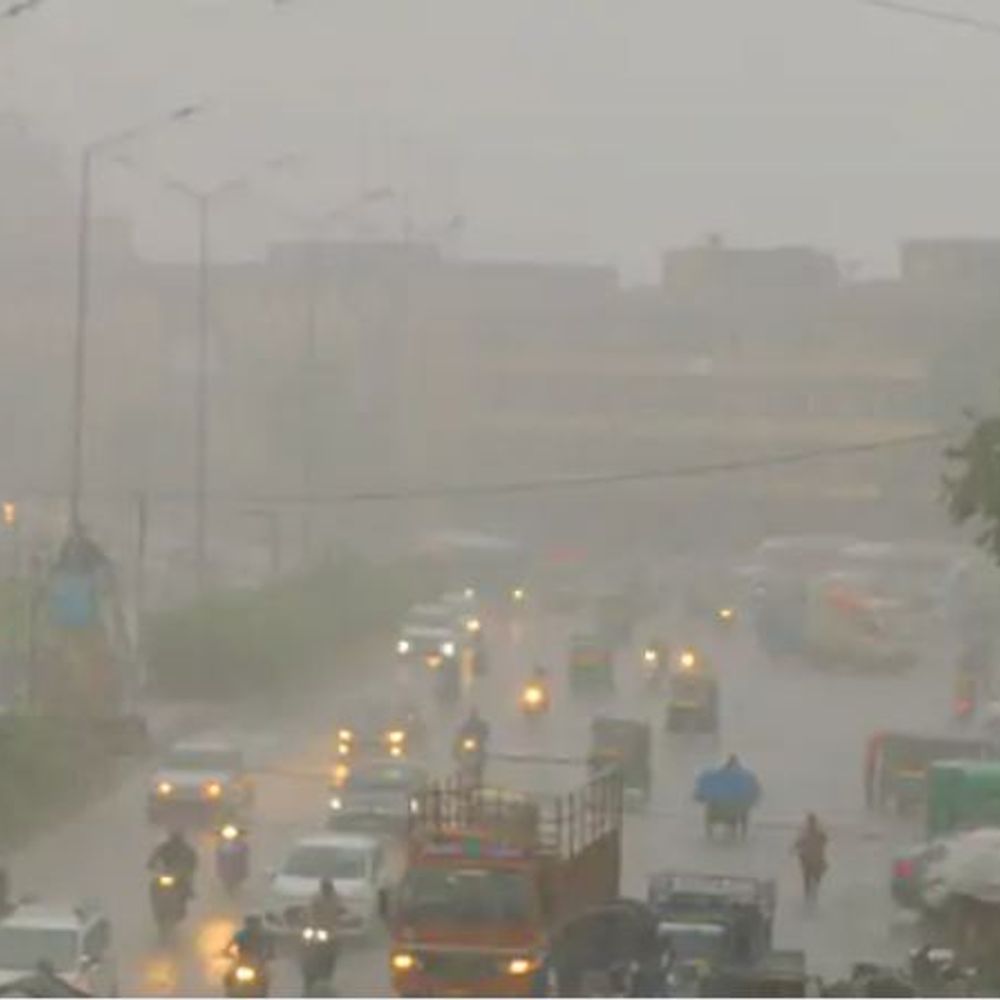 The city of Surat receives an average of 1411 mm of rain every year. There was three and a half inches of rain in 3 hours from 6 to 9 am on Monday morning. According to the information received from the Meteorological Department, the maximum temperature on Tuesday was 30 degrees, the minimum temperature was 27.2 degrees Celsius. Humidity was recorded at 98 per cent. The wind was blowing from the north-west direction at a speed of 6 km per hour.

Shyam Circle, VIP Road
Now thirteen inches away from the average rain: This season’s rain is now thirteen inches away from the average rain that the city receives every year. The city receives an average of 1411 mm of rain every year. This time the season has received 1093 mm of rain so far. The Meteorological Department has predicted heavy rains in the city for the next two to three days. Limbayat zone raised the water level of Mithi Bay. Water pumps have been installed at 4 places to remove water from its banks.

KBC 13: Registration for KBC started, register yourself to reach the hot seat

Anbandham Portal: In 15 days, 52 thousand unemployed got registered, from turner and fitter to engineer in the job queue