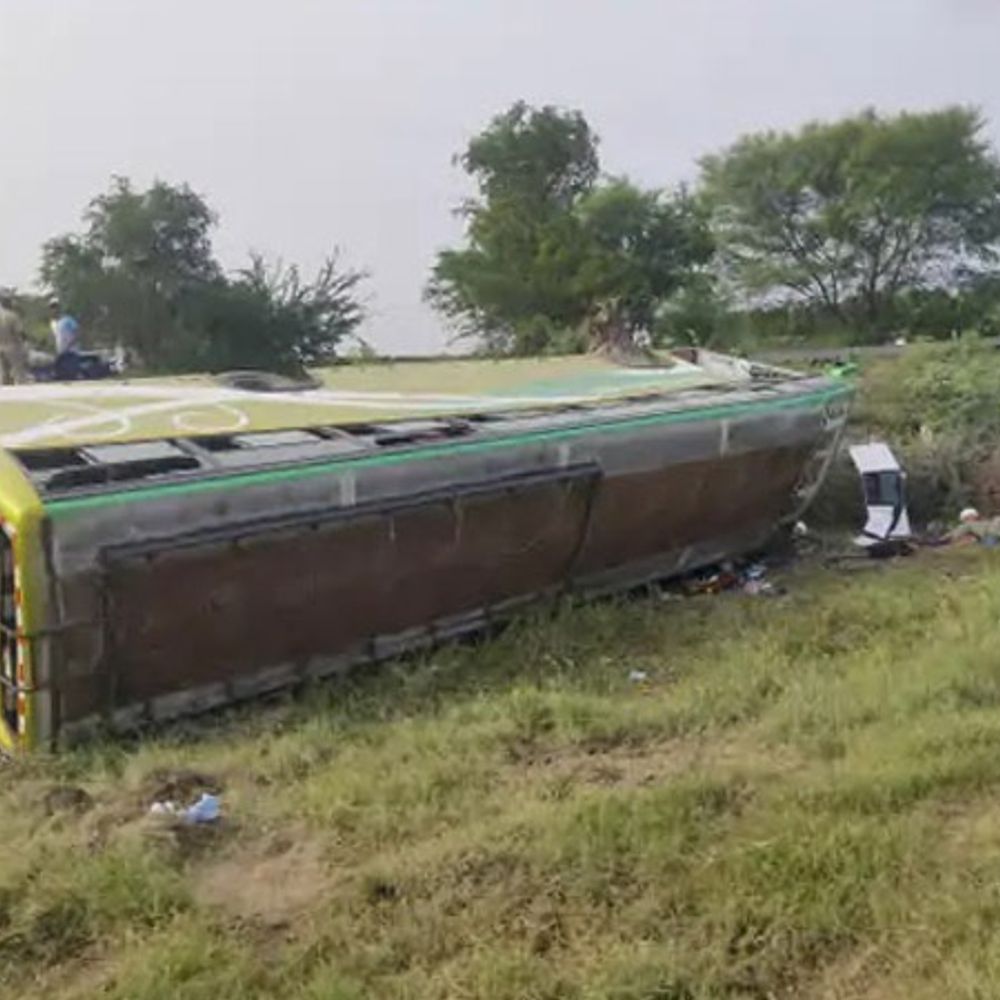 A private travel bus overturned on the Dhandhuka-Bagodra highway in Gujarat’s Surendranagar on Tuesday morning. 35 passengers were injured in the accident, out of which the condition of 11 injured including 3 children is said to be critical. According to the passengers, the accident happened due to the sudden loss of control of the bus driver from the steering wheel. During this the bus was also at high speed. The bus was going from Ahmedabad to Saurashtra.

As soon as the news of the accident was received, several 108 ambulances from Surendranagar reached the spot. The injured have been admitted to Dhanduka Referral Hospital. At the same time, serious passengers have been referred to Civil Hospital in Ahmedabad. Arrangements are being made to provide first aid to the passengers who have suffered minor injuries. Let us tell you, this bus going to Saurashtra had left from Ahmedabad at around 11 pm.

Western Railway facility: 2 to 7 additional coaches will be added in 5 pairs of Ganpati special trains for Ganeshotsav, 574 seats will increase

No rapid test kit in civil: Corona investigation is not being done for 3 days, doctors are advising the accused and patients to be taken to smear hospital