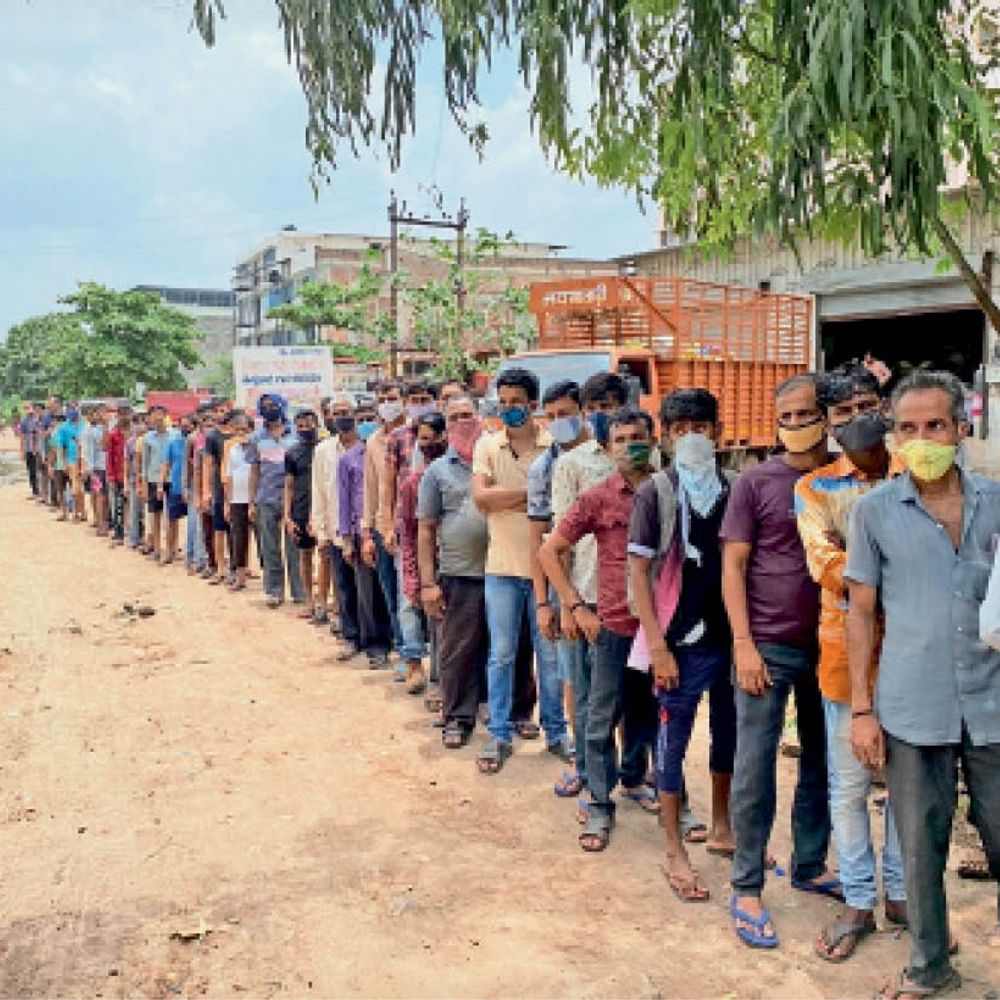 Surat is at the fore in the growing cities of the state in terms of vaccination. Surat, which has made the record four times for the most number of vaccinations in a single day, has got 10 per cent more vaccinations than Ahmedabad. The Municipal Corporation has considered 35 lakh 20 thousand people in the city eligible for the vaccine. Of these, 28 lakh 97 thousand 876 people have taken the first dose so far. Out of these, 10 lakh 9 thousand 232 people have also taken the second dose. That is, 82.32 percent of the targeted population has received the first dose of the vaccine.

On the other hand, in Ahmedabad, 72.58 percent of the targeted population has received the first dose so far. In Ahmedabad city, 48 lakh 18 thousand 571 people are eligible for the vaccine. Of these, 34 lakh 97 thousand 437 people have taken the first dose. Of these, 13 lakh 21 thousand 134 people have also taken the second dose, which is 27.41 percent. After the start of spot registration along with the campaign from June 21, people started thronging the centers to get the vaccine.

Amidst the fear of a third wave, the Municipal Corporation made many efforts to vaccinate more and more people. Municipal employees are contacting people by phone, messages, and door-to-door visits and asking them to get the vaccine. Apart from this, the cooperation of social organizations was also taken to increase the vaccination. Even during the holidays, people were vaccinated under a special campaign.

Today only covaccine will be installed at 27 centers in the city, no arrangement for covishield
In the city on Thursday also, the maximum number of people were vaccinated in the state. On Thursday, 58 thousand 828 people were vaccinated. Of these, 370 people got the vaccine in private hospitals. On Thursday, 44536 vaccines were administered in Ahmedabad. In Surat, more than 2 lakh people have taken the vaccine in the last 3 days. Covaccine will be installed at 27 centers on Friday, but Kovishield will not.

Surat is first among the big cities of the state in terms of vaccination
The process of vaccination is going on fast in Surat. In Ahmedabad, hardly 70 percent people have been vaccinated so far, while in Surat, more than 82 percent people have received the first dose. Door to door survey is being done to expedite the process of applying the second dose. Surat is leading in terms of vaccination in major cities of the state. -Doctor. Ashish Nayak, Deputy Commissioner, Municipal