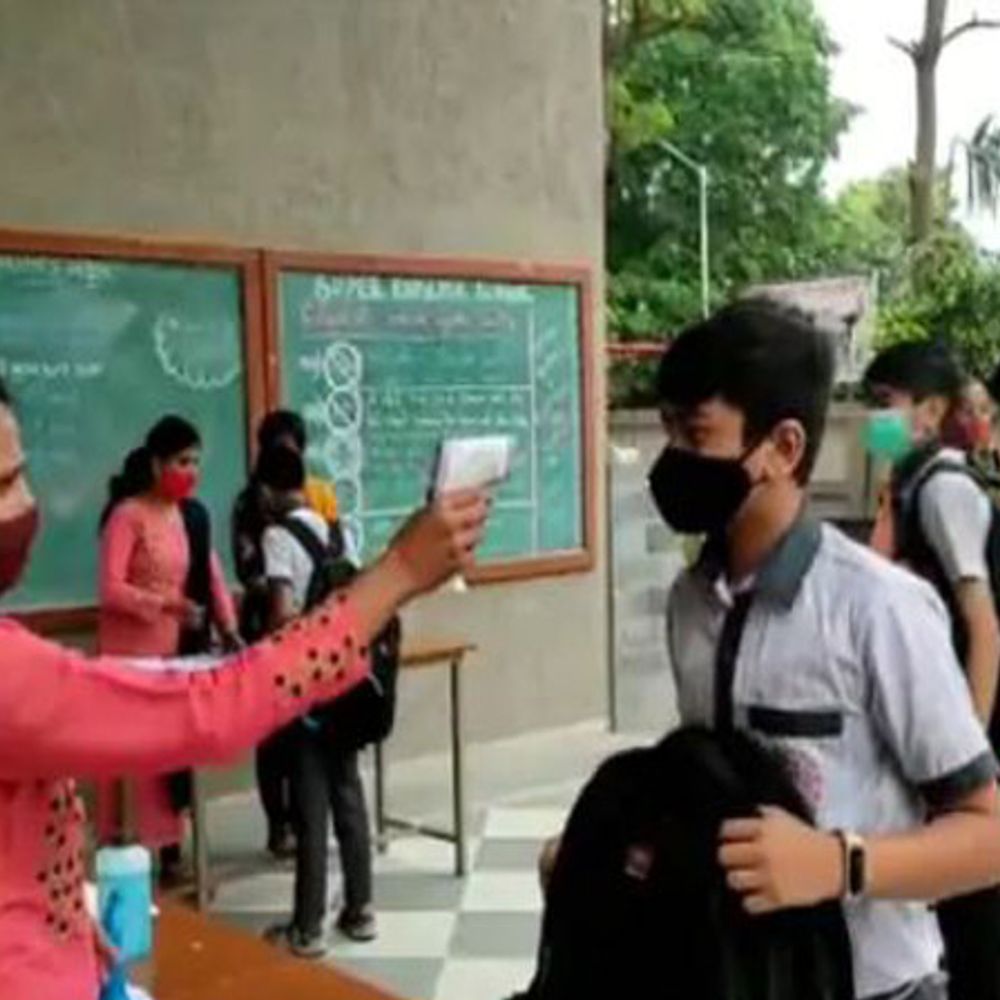 Schools from classes 6 to 8 opened in Gujarat after about 5 months from Thursday. On the very first day there was a lot of activity in the schools. At the same time, 85% parents are ready to send their children to school after taking stock of the arrangements in the schools. Schools say that parents had seen the arrangements related to the safety of children even before the school opened. He made some suggestions, which have been completed.

change in timing
Special arrangements have been made by the schools to welcome the students. Classes are arranged in schools. Schools have fixed the timing of classes from 8 am, but in many schools, classes will start from 8.30 am. There may be a change in the timing of the schools which also study the students of 9-12th standard.

99% of the staff has got the vaccine
99% of the staff in all the schools in the city have been vaccinated. Only 1% of such teaching and non-teaching staff are left who have not been able to take the vaccine due to some reason. According to school organizations, there are around 800 schools in the city from class 6th to 12th. About 20,000 teaching staff and about 10,000 non-teaching staff work in these. The District Education Officer and District Primary Education Officer have been entrusted with the responsibility to see whether the guidelines of Corona are being followed.

My child studies in class VII in Krishnadeep School. I myself went to school and took stock of the preparations for the rescue from Corona there. The school is already studying from 9th to 12th standard. So far no complaint of corona has been received there.
– Jagdish Haripara, Guardian

My son is a student of 8th class in Vidya Bhavan School. The school itself has called all the parents and informed them about the preparations for rescue from Korana. I am satisfied with the preparation of school, I will definitely send the child to school.
– Ashutosh Chauhan, Guardian

Dangerous: Thousands of aerial fires by Taliban claiming Panjshir victory, many including children lost their lives

In this city of Gujarat, liquor dens were turned into ‘bars’