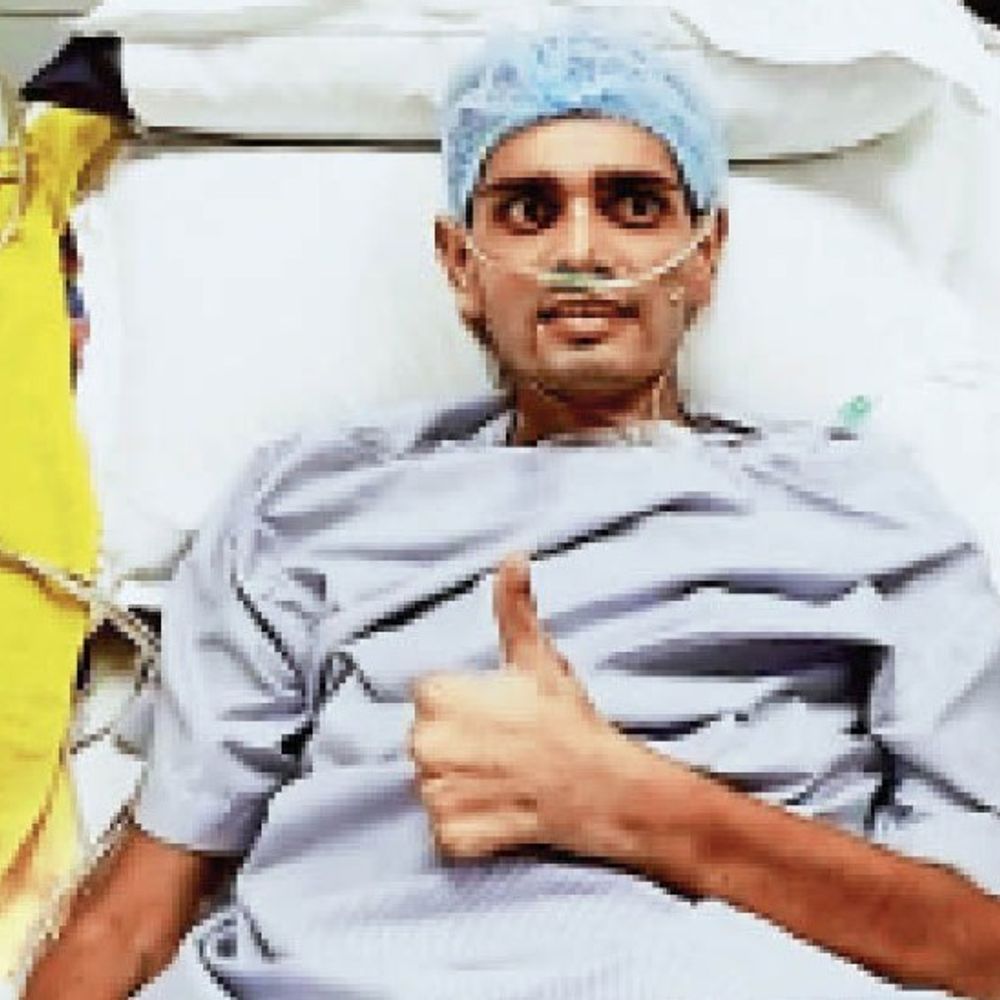 25-year-old software engineer Jitendra Bhalani, who returned home on Friday after winning a long battle with Corona, was welcomed by the family members with Vijay Tilak. Jeetendra stayed in ICU for 126 days in 128 days of treatment. During this, he was kept on ventilator for 100 days. After his recovery, the family is happy. 98% of the infection had spread to his lungs. Treatment continued in an unconscious state on ventilator.

He also had heart attacks twice during the treatment. The doctors gave CPR twice, also inserted two ICDs in both the lungs. A day before this, a 35-year-old Varachha woman who took more than 158 days of treatment had also recovered.

When all the reports came negative, the doctors discharged
When CT scan was done within the first 15 days in Civil, it was found that 98% infection has spread in Jeetendra’s lungs. Due to this the condition got worse day by day. He finally recovered completely on Friday. All his reports came negative. After that the doctors decided to discharge him. He has now come home after recovering completely.

Jeetendra got infected on 23 April
Jitendra Bhallani was working as a software engineer after doing MCA. On 23 April 2021, when his health deteriorated, he was admitted to a private hospital located at Lal Darwaza. The investigation report came corona positive.

An accident occurred while trying to rescue the biker, collided with the bridge and broke into 2 pieces.

For the first time in Surat: 35-year-old woman defeated Corona after 158 days of long treatment, remained on ventilator for 3 months, when she returned home, she was happy

Child-elderly death due to fever: Five days ago, a child who came from Bihar also died, 3 died in 2 days