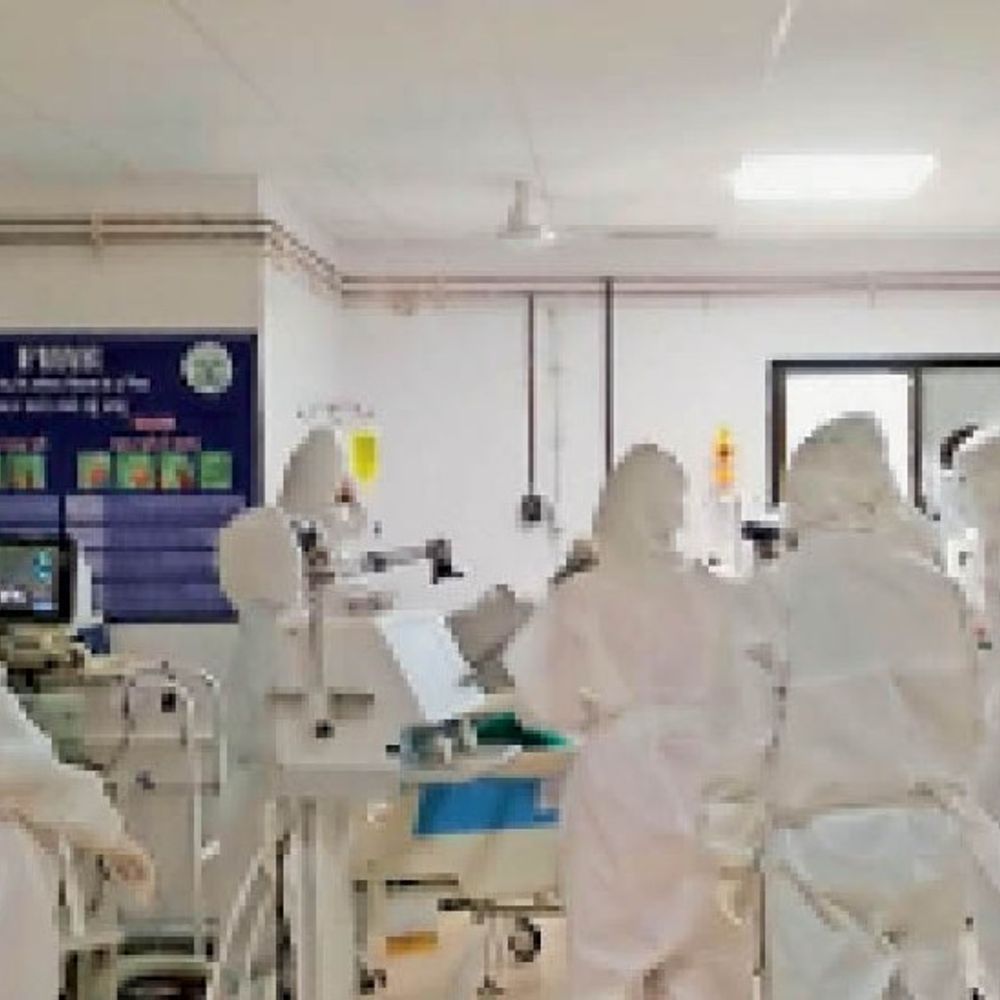 When the cases started increasing in the second wave of Corona, during the same time a 35-year-old woman from Varachha got infected. However, after 5 months of long treatment in the midst of hopelessness, she recovered and returned home. For 2 months, treatment went on in a private hospital on ventilator. Later, he was kept on ventilator in the Civil Hospital for 1 month. After this, observation was done by keeping it in the general ward for 2 months. The woman was discharged after a total of 158 days of long treatment.

Now happiness has returned in the family. Doctors say that the woman did not have any other disease. But corona virus infection had affected 90 to 95 percent in the lungs. That’s why it took so long to recover. According to the information, the health of a 35-year-old woman resident of Varachha worsened on March 25. He was admitted to a private hospital with fever and breathing problems.

After the corona was confirmed in the RT-PCR test, he was shifted to the ICU in critical condition and kept on ventilator. Meanwhile, his oxygen circulation was only 50 percent. She was admitted on ventilator for about 2 months. Meanwhile, the financial condition of the family also deteriorated. He was finally shifted to the Civil Hospital on May 27. There the doctors also started treatment by putting him on a ventilator.

RT-PCR was done again, which turned out to be positive. When the doctors got the CT scan done, it was found that 90 to 95 percent of the virus has been affected in the lungs. He was kept on ventilator continuously for 1 month. When the situation improved a bit, he was shifted to the general ward. After nearly two months of observation, he was finally discharged on 30 August. The woman told that a lot changed in these 5 months, 3 months I did not even know in what condition I am. But finally the doctors saved my life. Thanks for this.

The virus can live in the body for a long time without disease
Dr. Ashwin Vasava, Professor, Department of Medicine, Civil Hospital, who treated the woman, and Dr. Drashti Surti, Senior Resident Dr. Drishti Surti, and their team, who were constantly engaged in the treatment, say that the corona virus can live for a long time without any other disease. Is. It depends on what percentage of the virus has been affected in the lungs. After continuous care and timely treatment, the woman finally recovered.

11 Die In Andhra Hospital As Oxygen Dips, Horror In Ward Caught On Camera

BJP Working Committee meeting: Defense Minister Rajnath Singh said that there has been no major terrorist attack in the country since Modi became PM.

Revealed: IS threat, Taliban guard and Haqqani encirclement, yet how did America take out the aides?