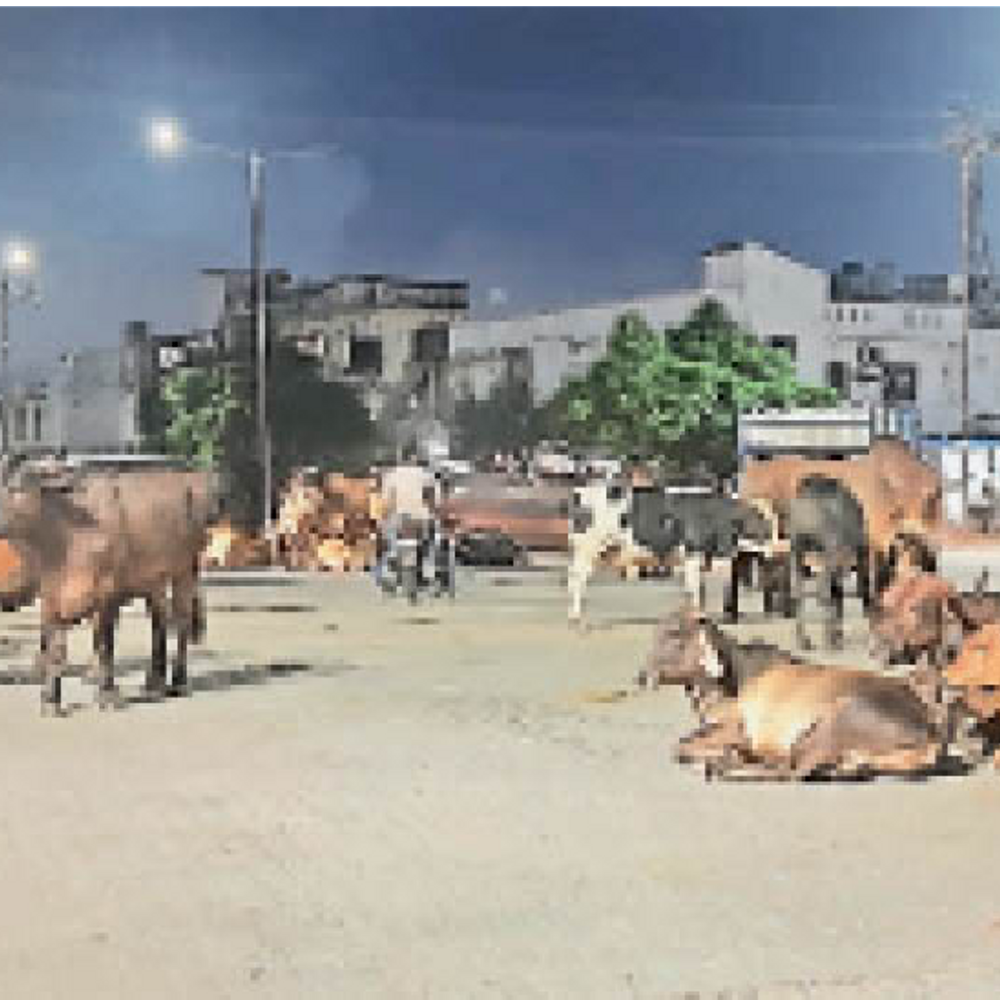 The metropolitan municipality is not even listening to the public representatives. In every compilation meeting, MLAs are repeatedly raising issues, but they are getting only assurances. Surat East MLA Arvind Rana once again raised the issue of illegal occupation of municipal lands in a meeting of compilation held under the leadership of Municipal Commissioner Banchanidhi Pani on Saturday. This time also he got only assurance. Arvind Rana has raised this issue in three meetings of the compilation.

The Municipality removes the encroachment, but is captured again. Limbayat MLA Sangeeta Patil also raised the issue in Saturday’s meeting. Four years have been completed of the tenure of MLAs Arvind Rana, Vinu Mordia, Sangeeta Patil, Jhankhna Patel, but the solution to the problems raised by them has not yet been resolved.

Stray animals roaming everywhere in smart city
Chauryasi MLA Jhankhana Patel has been complaining against stray animals for the last 7 years, but the problem remains the same even today. In the compilation meeting held on Saturday, angry Jhankhna Patel said that Surat is a smart city, but stray animals keep roaming in areas like VIP Road, Doomas in Charyasi area. Even after raising the issue repeatedly in the compilation meeting, till date this problem has not been resolved. The reply was given that there is no system to catch stray animals.

The work of widening that road is going on for the last two years. He said that illegal possession has been taken under the over bridge of Wade-Qatargam Darwaza. The work of BRTS is going on, despite that some anti-social elements have been captured. Action should be taken against them immediately. No action is being taken despite Moradiya raising these issues time and again.

Sangeeta Patil has raised two issues three times, only got assurance
Limbayat constituency MLA Sangeeta Patil said that she had raised the issue of garnale connecting Udhna-Limbayat in three to four compilation meetings. Apart from this, the issue of removal of high tension tower in Narottam Nagar in Navagam has also been raised three to four times. These issues have not been resolved till date. In Saturday’s compilation meeting also, he said that animals are tied up unauthorizedly near the granary. Beautification should be done by removing the dirt from there. Apart from this, demand for removal of high tension tower of Narottam Nagar in Navagam Dindoli. Sangeeta Patil got the same assurance this time too.

Even today the same answer that is being given for seven years
Many MLAs have been raising some issues for the last seven years, but no result has come out. The MLAs are also troubled by this apathy of the MNP. The people’s representatives are not able to solve the problems of the people of their own area. MLAs Vinu Mordia, Jhankhna Patel, Sangeeta Patil, Arvind Rana have been presenting the issues repeatedly in their issue compilation meeting, but the Municipality has been ignoring it. Even today the same answer is given which is being given for seven years.