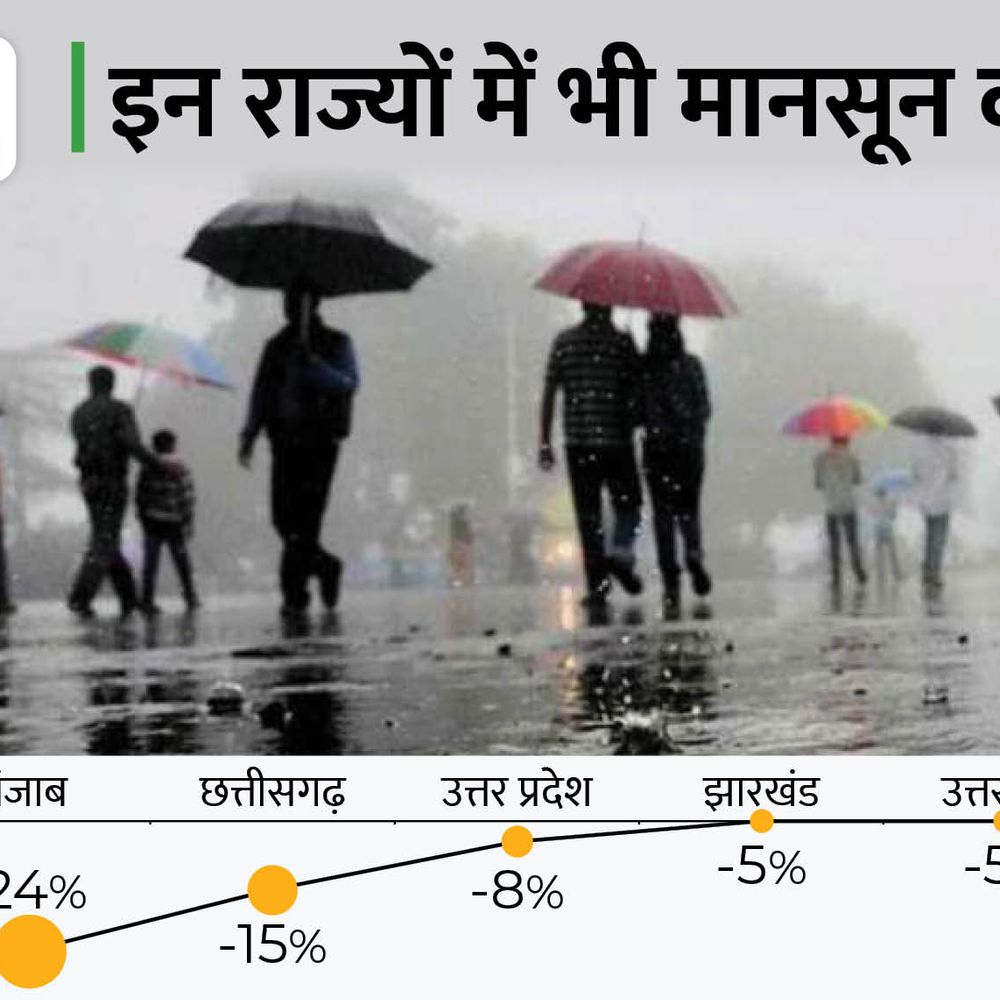 The monsoon, which was seen more than expected in June, is now expected to remain in the minimum range of normal as well. On Wednesday, the Indian Meteorological Department (IMD) has improved the monsoon forecast. Before the onset of monsoon in June, the IMD had said there was a 101% chance of rain this season, but said on Wednesday that the monsoon would remain normal.

Although rainfall between 96% and 104% is considered normal in the monsoon season, but this time it is expected to be around 96%. The situation is that in August there has been less rainfall by 24.1% than normal. The country receives 880 mm of rain during the entire monsoon. During June 1 to August 31, the country should have normal rainfall of 710.4 mm, but this time only 645 mm of rain fell i.e. there is a 9% shortfall in monsoon rains so far.

Warm temperatures in the Indian Ocean soaked up rain
IMD Director General Dr. Mrityunjay Mohapatra said that in August usually two areas of depression develop which did not form this time. Apart from this, at least 4 low pressure areas are formed, that too only 2 are formed. Due to this, typhoon activity was reduced over the western Pacific and the Monsoon Trough remained northward from its normal position for most of the day. Due to this, rain remained deficient in the areas of Central India. All this happened especially because of the negative Indian Ocean Dipole.

Foolproof preparation to deal with the third wave: This time double the stock of medicines of the second wave, focus on strong preparations to face the corona

What Does the Future Hold for New York’s Outdoor Dining?