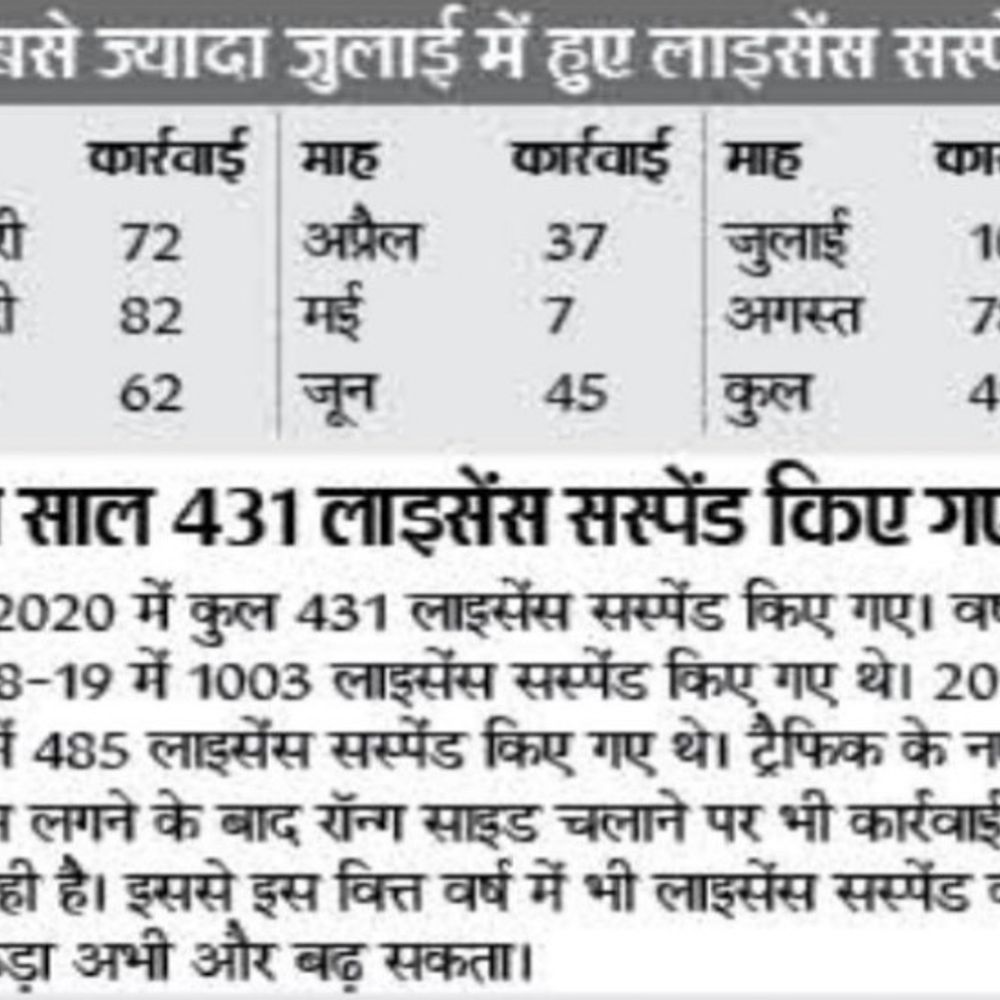 The RTO suspended the licenses of 492 drivers in the last 8 months. Action was taken against these drivers for drinking while driving, talking on mobile, listening to songs on headphones and chatting on social media. Last year also more than 400 driving licenses were suspended. The rules have become stricter after the new Motor Vehicle Act came into force in September 2019.

Under this, if caught without a license, a fine of Rs 1500 will have to be paid. The RTO said that this strictness was taken because due to carelessness on the road, the drivers not only harm themselves, but also those who drive carefully. Sometimes life is lost due to carelessness. The traffic police and RTO have taken strict action to improve the habit of such people.